TripAdvisor: more than 900 reviews and a total rating of 4.5 stars for Throne of Helios

After a two-year break, the ferries between Rhodes to Turkey have resumed service.

February 16, 2022
71 percent of Americans in a recent Tripadvisor sponsored survey say they are likely to travel for leisure this year

The Greek islands of Rhodes and Santorini are included in the Top 22 Trending Destinations in the World, according to TripAdvisor’s Travelers’ Choice Awards for 2022.

The travel guidance platform has announced the first of its highly anticipated annual community-powered awards for 2022: the Best of the Best Destinations.

“Despite new Covid-19 variant surges, data shows that the desire to travel remains stronger than ever. In fact, 71 percent of Americans in a recent Tripadvisor sponsored survey say they are likely to travel for leisure this year,” the announcement said.

Trending Destinations are locations around the world seeing the greatest year-over-year growth in reviews and ratings on Tripadvisor including everywhere – from dreamy beaches to places full of architectural wonders.

Rhodes ranks third on the list for its well-preserved medieval city, the high-rise hotels of the northern and eastern coastlines, the small villages and resorts, according to TripAdvisor.

The island of Santorini ranks 10th on the World’s Top Trending Destinations list for its candy-colored houses carved into cliffs, sapphire waters and gleaming white buildings as well as Oia’s world famous sunset. Rhodes also ranks 11th on TripAdvisor’s list of the World’s Top Destinations for Sun Seekers, while Santorini is 14th on the same list. Santorini, Greece Majorca, Spain is the No. 1 Trending Destination in the world for 2022, followed by Cairo, Egypt in second spot, Tulum, Mexico in fourth position and Dubrovnik, Croatia in the fifth place. 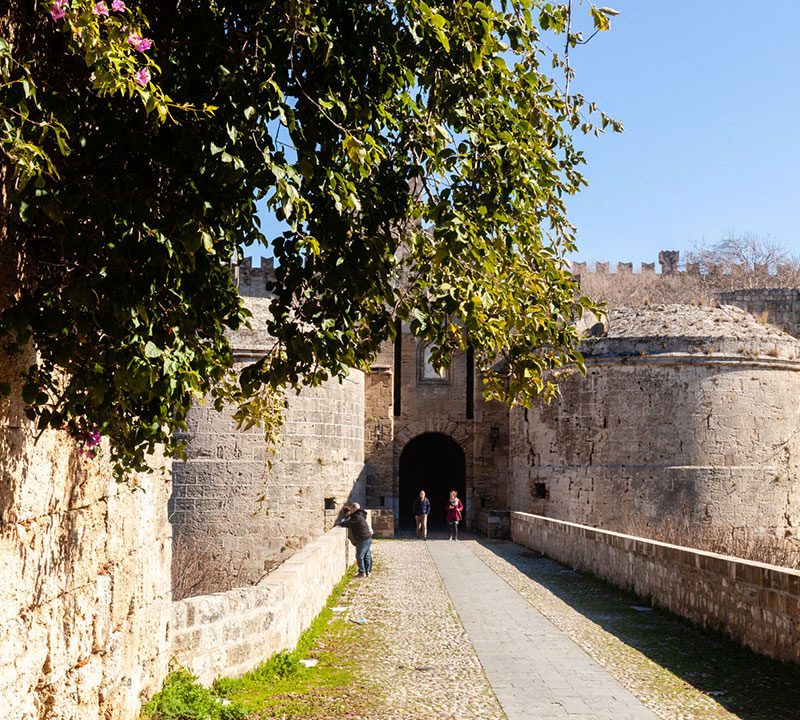